I am not a strong follower of any religion belief, neither do I reject the values each of them bring to humanity. This is way I am reproducing here an excerpt from
, a senior fellow at Georgetown’s Berkley Center for Religion, Peace and World Affairs, a Visiting Professor, and Executive Director of the World Faiths Development Dialogue.

Let cross fingers together, while telling her « Merci Madame » for the services of her daughter as Peace corps volunteer and for the nice words, she spent on our country and people.

Frédéric Mounier described the Sant’Egidio negotiations in the French Catholic paper La Croix. He acknowledged that peace appeals are often met with cynicism and doubt. But why, he asked, sulk and criticize when the peacemakers hold out such hopes? He is (as am I) an obvious admirer of Sant’Egidio’s capacity to link peacemaking with a determination to work against poverty, and its commitment to stick with a cause for as long as it takes.

The reason that Guineans from many very different political persuasions came together in Rome was because the Community had been a friend to them over 20 years, working in their country through the toughest times, in prisons and in hospitals. Why, Mounier asks, should we doubt the power of dialogue? Why brood on problems in the face of hope? Sure, the future is uncertain, ethnic divisions still lurk, but there’s also a real chance that the sincere commitments will translate into reality.

Guinea’s national assets include vibrant and diverse people, remarkable music, storytelling traditions and mineral resources. But the current lot of most people is a short life, limited economic opportunities and a growing reputation as a drug transit point (the son of Guinea’s former president and dictator, Lansana Conte, is in jail, listed as a drug kingpin). My daughter served there in the Peace Corps and fell in love with the country. But her former students constantly remind her that no matter how bright and enterprising they are, their prospects are grim. So watch the coming elections with fingers crossed and hope that the spirit of Sant’Egidio will infuse Guinea’s leaders as they leave the peaceful garden in Rome and face the legacies of the past and the current realities of the political campaign. 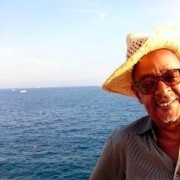 GUINEA: 'The barbarity we saw cannot be described', a piece by IRIN